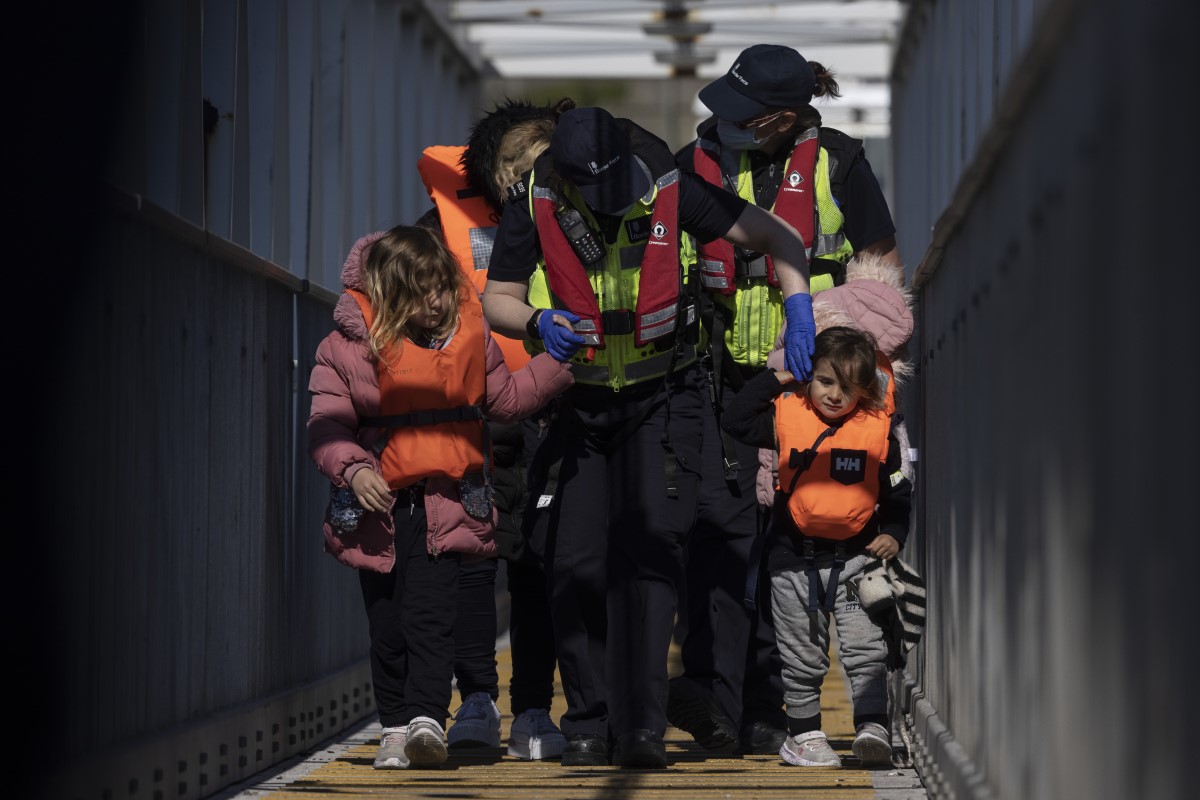 For years, talk of sending asylum seekers to offshore facilities was seen as fringe in the United Kingdom.

But Home Secretary Priti Patel is pushing forward with legislation next week that would permit the U.K. to send refugees and migrants abroad for processing — a move similar to a law that Denmark passed in early June allowing it to send asylum seekers outside Europe while their applications are reviewed.

Downing Street is even exploring sharing a center in Africa with Denmark, the Times of London reported.

Refugee and human rights groups have widely condemned Australia’s use of offshore detention centers on several islands, where advocates say people are denied legal protections they are due as asylum seekers. Australia says its methods are legal and necessary to deter further migration.

Migration flows slowed during the height of the pandemic last year. But many of the problems pushing people to leave — including poverty, persecution and violence — have only worsened during the resulting global economic downturn. Some migration has nonetheless continued, and experts say people are increasingly on the move in search of safety again.

In September, she asked officials to look into the feasibility of sending asylum seekers to remote islands in the South Atlantic. One option was reportedly St. Helena, a volcanic island where exiled French emperor Napoleon Bonaparte died.

The Home Office scrapped the idea after a public backlash.

But this time around, Prime Minister Boris Johnson is facing renewed pressure to stop the flow of migrants and refugees trying to reach Europe on small boats through the English Channel. About 5,700 people have crossed this year, according to the Times.

With Britain’s exit from the European Union, Westminster is no longer part of the bloc’s Dublin regulation, through which it could transfer some asylum seekers to other European countries, where their applications would be processed. Johnson had been a critic of the law, and his government has called for negotiating another pact.

In early June, Denmark’s Parliament passed legislation to enable the government to send asylum seekers to a still undetermined third country outside Europe.

The law was backed by Denmark’s Social Democratic Party, which leads the government and is hawkish on immigration. The United Nations and the European Commission, among others, condemned it.

European Commission spokesman Adalbert Jahnz said the law risked “undermining the foundations of the international protection system for the world’s refugees.” He also said it was not permitted under E.U. regulations, Politico reported.

In the spring, Denmark became the first European country to revoke refugee status for Syrians, arguing that about 200 applicants were safe to return to their home nation, despite widespread condemnation of forced returns to the war-torn country.

Despite the bad press, Denmark has persisted with its hard-line stance against immigration.

In March, Mike Adamson, head of the British Red Cross, told the BBC that “offshoring” asylum claims would “do nothing to address the reasons people take dangerous journeys in the first place … [and] would almost certainly have grave humanitarian consequences.”