The Refugee Crisis in Greece and the Unaccompanied Minor Refugees 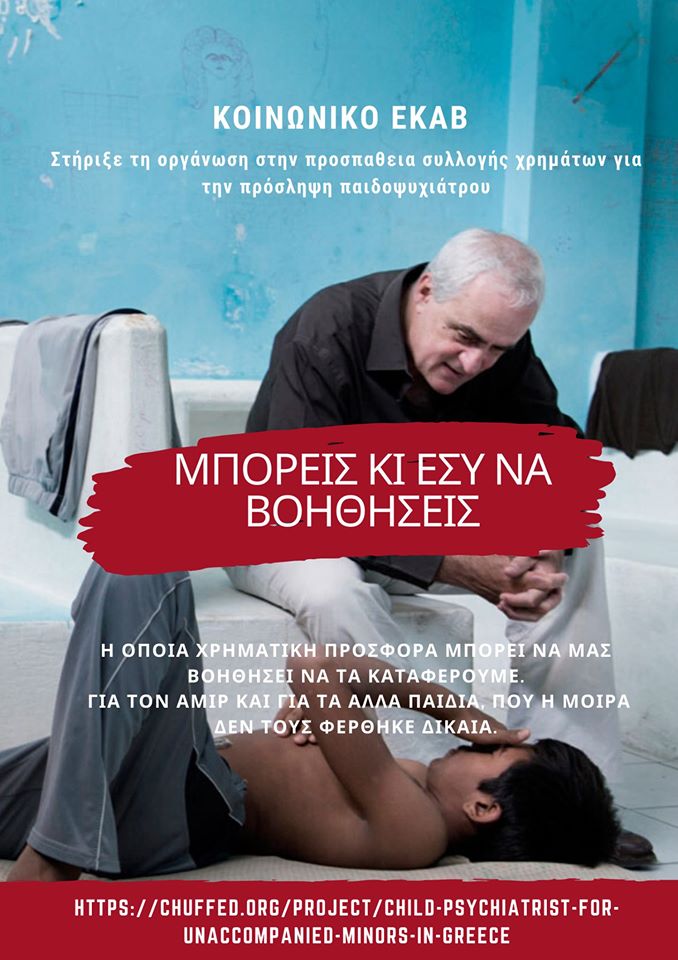 The refugee crisis that began in 2015, when a huge number of people began to move to Europe in an attempt to escape war and persecution, has led to a major humanitarian global tragedy. Greece today hosts about 110,000 refugees who can no longer legally travel deeper into Europe.

Among the people who are forced to embark on this unpredictable and dangerous journey to escape the war are many children who end up in Greece unaccompanied. They are the most vulnerable group among refugees and number about 4,800 children.

Studies on unaccompanied refugee minors show that they are a particularly vulnerable group with higher psychiatric morbidity than the general population. For example, before or during forced migration, minors may have experienced war or the death of relatives and friends and been exposed to violence. These stressors experienced in the country of origin, both during the migration and in the host country, can lead to strong psychological stress that affects the physical health and mental well-being of children.

From October 2019, Social EKAB undertook the operation of three accommodation structures for unaccompanied minor refugees within the "Nefeli" program.

Two of the three Structures are located in Athens and offer accommodation to 72 children. The main objective of the action is to enhance the confidence and development of children to integrate into the European reality, as well as to provide legal support to their reunification processes with their families.

Unfortunately, some of the children housed in the facilities have psychiatric problems that require frequent psychiatric follow-up. The initial planning did not provide for the involvement of a child psychiatrist in the Structures, but following an urgent need and recommendation of the public hospital doctors who examined the children, it is considered urgent to hire a specialist doctor who will monitor the specific cases. Unfortunately, public health services do not provide us with this kind of day-to-day care and therefore, we have to hire a psychiatrist for the Structures we operate.

Can you help us!

To provide psychiatric support to these children we need 8000 euros, so that we can hire a child psychiatrist.

The required financial burden is particularly high in relation to our reduced financial resources, so we are not able to provide the children with the frequent psychiatric support they need.

That is why we call on you to support us in this endeavor. The poor mental health of these children can be significantly improved with the help of a specialist psychiatrist. Any amount of money is important and can contribute to achieving our goal!

Supporting such an endeavor gives hope and enhances the dreams of these children, who have been mentally and physically injured by the harsh experiences of war and immigration.