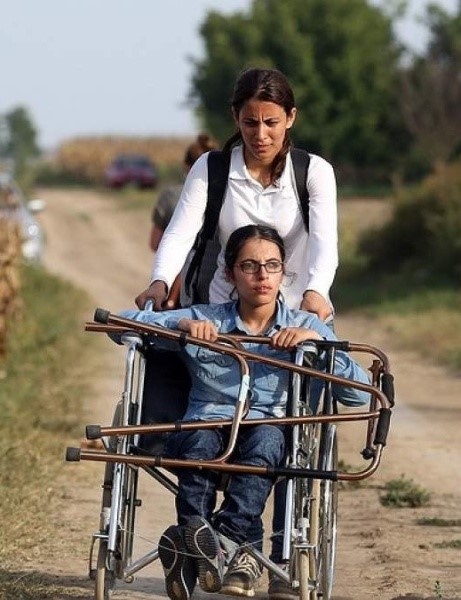 Kinoniko EKAV (a Greek acronym for "Hellenic Social Welfare Assistance Unit" [in Greece, "EKAV" is the National Direct Aid Center of the public health system]) is an independent social organization aiming at combating any form of social exclusion. The name "Kinoniko EKAV" refers to the concept of responding to emergencies, where socially marginalized people are literally traumatized in their social status.

Kinoniko EKAV aims at reaching out and helping people who have lost the capacity to meet their basic needs by themselves (accommodation, food, health care, etc.), often even the capacity to ask for help and being in deep desperation. Such groups are, for example, street children, homeless individuals, unaccompanied minor refugees, isolated women, refugees with disabilities, unemployed without support, etc. With Greece remaining in a prolonged crisis, their numbers are growing; social marginalization is now hitting people who belonged to the well-off social groups until recently.

Kinoniko EKAV acts through mobile teams, providing immediate sanitary, psychological, and social care, on the very spot where people in need are identified. The first objective is to create a human relationship, which is then used to lead gradually to social reintegration. In addition, Kinoniko EKAV organizes hospitality spaces, where these people can find care and company, they can socialize and re-claim their rights. In the hospitality spaces, counseling on medical, health, psychological, legal, etc. matters is provided.

Kinoniko EKAV was founded in Greece by a group of physicians, health professionals, legal professionals, journalists, and social and political scientists, who already had a wealth of experience in the field of social action and volunteer humanitarian missions. The main motivation for its creation has been the need to contribute in tackling the social impact of the crisis, which is pushing more and more fellow citizens towards the margins of society.

Kinoniko EKAV is an organization, independent from any government, political party, or other political or religious body, with direct reference to the Universal Declaration of Human Rights, as well as to the values of Freedom, Equality, and Solidarity, as set out in the Organization's Charter of Principles.

Principles and rules of the intervention

Kinoniko EKAV offers to all socially marginalized people the assistance that will ensure their social reintegration, with modesty and respect in their freedom. Kinoniko EKAV members treat the people they help equally. Their activity has a strong sense of duty, on the basis of solidarity. Their ultimate goal is for each person, in despair or need, to regain strength and self-confidence, in order to formulate and claim his own demands.

Kinoniko EKAV members firstly seek the creation of a human interpersonal relationship with the people they help. Knowing that these people no longer have the strength to seek the support they need by themselves, Kinoniko EKAV approaches the marginalized people on the spot, through Mobile Units when needed.

Health care, nutrition and housing are for Kinoniko EKAV social rights, the coverage of which is always urgent and imperative, regardless of the insurance or employment status of people.

Kinoniko EKAV informs socially marginalized people about their rights and helps them to exercise them, as well as to have access to the welfare, health, social and administrative services. It urges them to claim everything that owes them within the organized state, as well as to exercise as citizens their rights, as they derive from the Universal Declaration of Human Rights.

For Kinoniko EKAV, the effectiveness of its activity is an imperative need. For this reason, it cooperates with experts who have specialized knowledge and special training and utilizes the voluntary offer in the context of organized action, with strict and high standards.