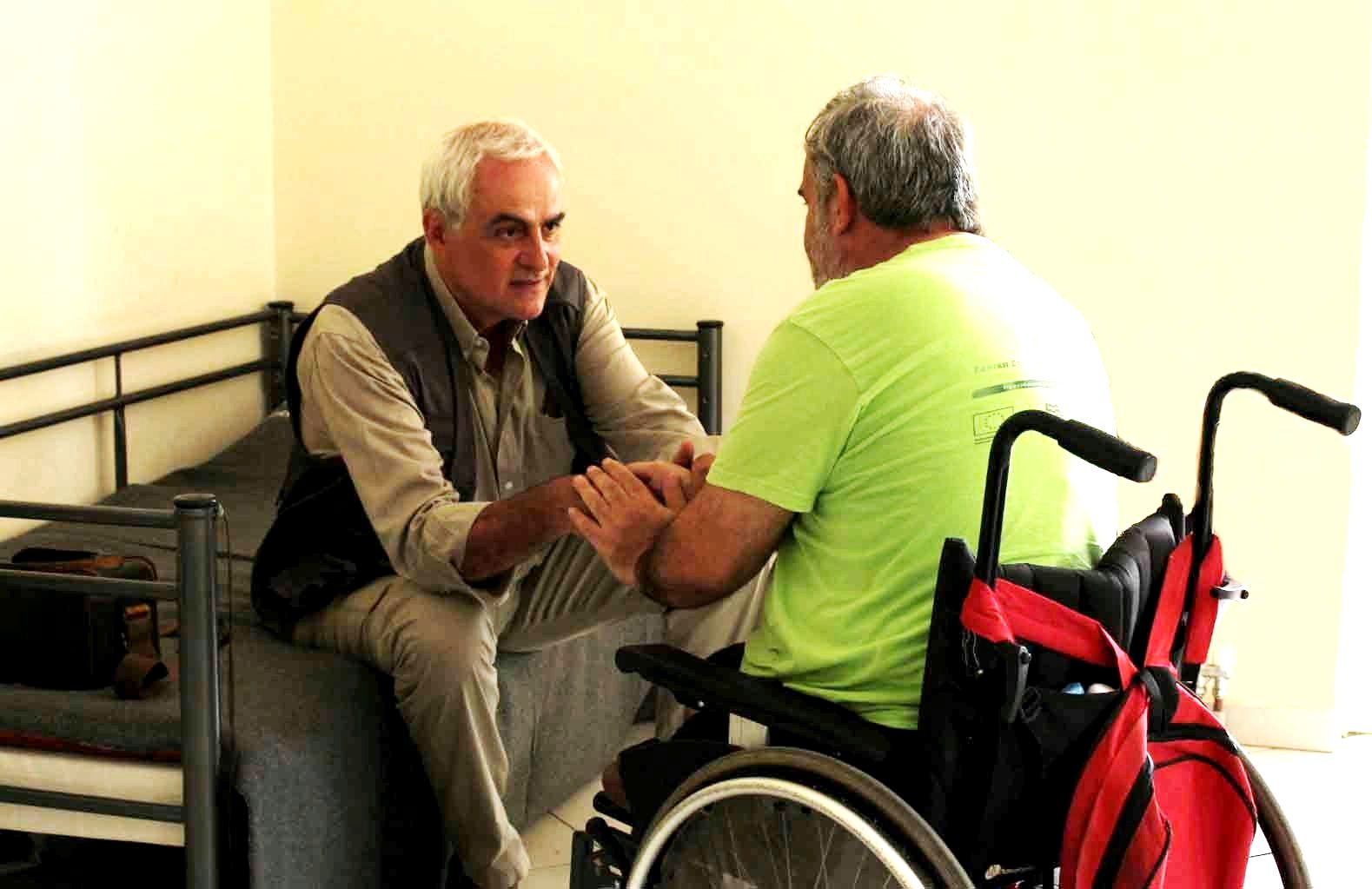 Taking care of refugees with disabilities.

Kinoniko EKAV, with the support of the UN High Commissioner for Refugees and in collaboration with ARSIS, has been implementing a care project for refugees with disabilities since November 2017.

The project "Thetis" aims to register all refugees with disabilities and to launch an individual treatment-support program for each one of them personally. This project is carried out through two specialized mobile teams in the mainland of Greece and a specialized network in the islands of the eastern Aegean.

The groups formed under the Thetis Program are staffed by qualified personnel (social worker, physiotherapist, doctor, and psychologist) and operate in the framework of the residence of refugees with disabilities (camps or apartments). In addition, the project aims to connect disable refugees with appropriate specialist care institutions, public or private or non-profit. Also, the project aims at activating caregivers from every ethnic community of each refugee, for the daily support of refugees with disabilities.

The name of the project, "Thetis", derives from the ancient Greek Mythology and signals our solidarity with the people who risked their lives crossing the Aegean so as to be rescued. As is well known, in Greek Mythology, the goddess Thetis saved and raised the crippled Hephaestus, whom Hera had thrown from Olympus into the sea, considering him useless. Hephaestus grew up to be an extremely talented creator. So the project "Thetis" for refugees with disabilities, left over from the Aegean, offers care to these people, with the belief that their lives are worthwhile and with the potential that, like Hephaestus, they will find the way to offer in turn to their fellow human beings.