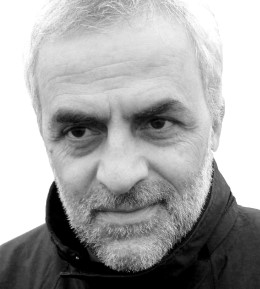 Odysseas Voudouris was born in Budapest and grew up in France. He is a medical surgeon, doctor of the University of Paris, specialized in metabolic surgery. He has been activated in the humanitarian movement since the 1980s, participating in surgical missions in war zones. He was president of the Greek section of Médecins Sans Frontières and vice-president of the international organization Médecins Sans Frontières. During the period 2001-2004, he participated, as President and General Manager of the Peloponnese Regional Health System, in the National Health System Reform. He was elected Member of the Hellenic Parliament for Messinia in 2009 and for Athens in 2012. He participated in the establishment of the Parliamentary Group of Independent Democratic MPs, of which he was a parliamentary representative. In March 2016, he undertook the position of Secretary General for Refugees, where he resigned five months later. He founded, together with other doctors, social scientists, journalists, etc., "Kinoniko EKAV", where he is chairman of the Board of Directors. 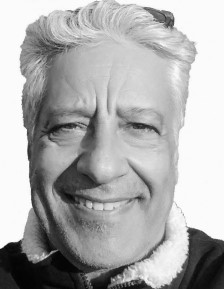 Panagiotis Spyrou was born in Athens and studied Pedagogy at the Pedagogical Academy and the Faculty of Primary Education in the National and Kapodistrian University of Athens. He is a graduate of the Human Resources Management Department of Athens University and a holder of a master’s degree in "Political Science and Sociology", from the Athens School of Law and Political Science. He has many years of experience in the field of education and is a Director of Education of West Attica. He was a member of the Board of Directors of Médecins Sans Frontières, undertaking a presentation program for students of humanitarian action in countries of the developing world. As a member of the Board of Directors of Kiononiko EKAV, he is active in the field of the school integration of unaccompanied refugee minors. 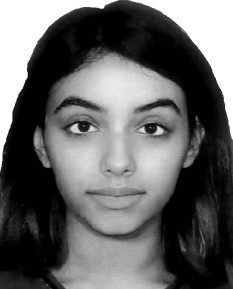 Irinna Hassioti was born in London. She was taught violin from a young age and graduated from the Music School of Pallini, acquiring special knowledge in piano, harmony, Byzantine music etc. She dances classical ballet and has participated in many performances, at the Concert Hall, the Papagou Garden Theater, etc. She is studying Geography at Harokopio University and Photography at Leica Academy. She was responsible for the preparation of the documentary of the project "Thetis" implemented by Kinoniko EKAV. She has photographed in accommodation structures for unaccompanied minors and in refugee camps. With the participation of her fellow students from Leica Academy, she currently prepares a photo exhibition on "Human body adaptation in nature". She is in charge for the graphic design of the organization and has created the logo of Kinoniko EKAV and the graphic presentation of the "Passport of Refugees’ Rights" etc. She is a member of the Board of Directors of Kinoniko EKAV since 2020. 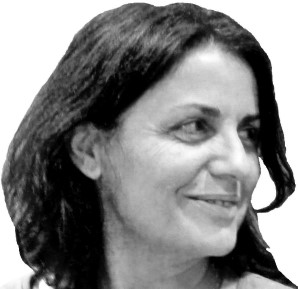 Maria Dimitropoulou was born in Ancient Olympia, Ilia and worked for many years in the private sector, taking active part in the trade union movement. She studied Modern History, Political Science and Economic History at the University of London. She possesses a master's degree in Contemporary Middle Eastern History, focusing on Arab Socialism and the influences of Marxism and Arab traditions. She worked as a researcher in the organization Safer World on "The real cost of the Irish-British conflict". Since 2001, she has been a Scientific Adviser to the Greek Parliament and Director of the Office of the General Secretary for Refugees. She participated in the founding of Kinoniko EKAV in 2016 and has been working for it ever since, as coordinator of the project "Thetis" for refugees with disabilities, and "Nefeli" project, for the accommodation of unaccompanied minor refugees. She is a member of the Planning and Organization Committee of Kinoniko EKAV. 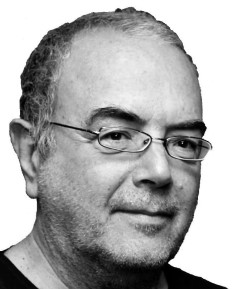 Nikos Hasiotis was born in Markopoulo, Attica. He studied Philosophy at King's College in London and obtained a master's degree in Philosophy and British Empiricism from Birkbeck College and a PhD in Philosophy of Thought. He edited translations of books such as "Causality and Explanation", "Marx-Engels Selected Correspondence" and "Television in the West and its Doctrines". He worked as a lecturer in the Postgraduate Programs in the History and Philosophy of Science Department of the Kapodistrian University of Athens, while he taught the course "Logic and Philosophy of Thought" at the University of Westminster in London. He has been working since 2019 at Kinoniko EKAV, as a coordinator of the Unaccompanied Minors Structure "Nefeli 1" of Piraeus and is a member of the Planning and Organization Committee. 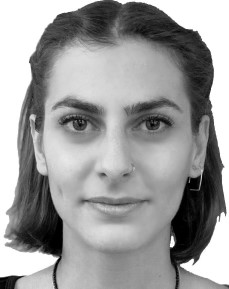 Anna Maria Katomoniati was born in Nicosia. She studied History and Archeology at the Aristotle University of Thessaloniki and is currently completing a postgraduate program in Cultural Policy. She was involved in the field of Museum Pedagogy, presenting programs at the Archaeological Museums of Thessaloniki and Nicosia. She was a member of the excavation teams in the Ancient Agora of Pella and in Vergina, while she also participated in excavations to locate the remains of the missing victims of Tillyria, Cyprus (1964 bombing). During the period 2017-2018 she worked in private educational organizations, implementing interactive programs for students of public and private schools. In 2015-16 she worked voluntarily through self-organized groups in the Eidomeni refugee camp. Since 2019 she has been working as a teacher in the Unaccompanied Minor Structures of Kinoniko EKAV and is also a member of the Planning and Organization Committee. 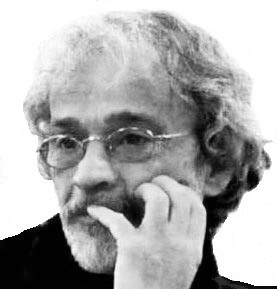 Kostas Apostolou was born in Thessaloniki. He is a graduate of the Dentistry Faculty of the Aristotle University of Thessaloniki and the Higher School of Dramatic Art Inspection of Roula Pateraki. He was a founding member of the "Parathlasi" Theater and the "Eorima" Theater in Thessaloniki, where he has been the artistic director since 2002 and up to now. He has taught Acting in Drama Schools and recently he has been working as an instructor at the “Second Chance School” of Diavata Prison. As a member of the Association of Greek Actors, he has developed trade union activity with autonomous groups. He was the coordinator of the project “Thetis” in Northern Greece, implemented by Kinoniko EKAV for refugees with disabilities, with the support of the UNHCR. He is a founding member of "Kinoniko EKAV" and Secretary of the Board of Directors since 2020. 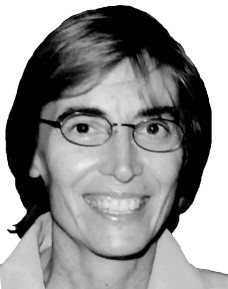 Irini (Rena) Marioli was born in Kalamata and holds a D.P.L.G. from the Paris School of Architecture. She lives and works in Athens. Since 1982, she has been working as an architect-engineer, member of Technical Chamber of Greece. She is the president and CEO of ESKAL SA, a company that deals with construction and trade of food in Europe, for the last 15 years. She belongs to the Hellenic Guiding Body, as a member of the General Assembly for 25 years and has been a member of the Member of the Board as Real Estate Manager, Treasurer, and Vice President. Today, she is active in the Economic Committee for the Support of the Hellenic Guiding Body. She is a founding member of Kinoniko EKAV and a member of the Board of Directors since 2020. 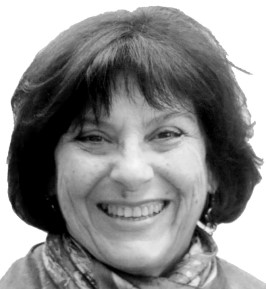 Eleni Ioakeimoglou was born in Nea Ionia, Attica. Her parents were of refugee origin from Smyrna and Propontis. She studied in Athens and obtained the Degree of the School of Chemical Engineering of the National Technical University of Athens. She continued her postgraduate studies in Grenoble (France) on Organic Chemistry, and obtained a doctorate in Natural Sciences (Doctorat d'Etat en Sciences Physiques). She has taught as an Associate Professor (Maitre de Conférences) in the Department of Chemistry at Joseph Fourier University in Grenoble. She returned to Greece in 1987, where she became a Professor at the Technological Educational Institute of Athens, in the Department of Preservation of Antiquities and Works of Art. She is an Emeritus Professor at the University of West Attica. Since 2020 he is a member of the Board of Directors of Kinoniko EKAV and has undertaken voluntary training programs for unaccompanied minors in the accommodation structures. 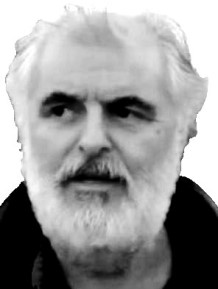 Antonis Rigas was born in Velvento, Kozani and studied Technological Civil Engineering and Librarian at the Technological University of Thessaloniki. He worked for ten years in the Network of Children and Adolescent Libraries. He has a rich activity in Doctors Without Borders missions in Asia, Africa and Latin America, as well as in Greece. He also worked for 12 years as a project manager for ecological organizations (WWF, Arcturos, Kozani Ecological Movement). He speaks 3 foreign languages (English, French, Spanish). Since 2019 he has been working as a coordinator of the Structure of Unaccompanied Minors "Nefeli 3" Korisos (Kastoria) and is a member of the Planning and Organization Committee of Kinoniko EKAV. 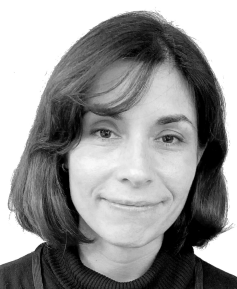 Athanasia Nikolopoulou was born in Athens. She studied Geology at the University of Patras with a degree in Mineral Resources and obtained a master’s degree in Geosciences and Environment, Environmental and Marine Geochemistry. She worked for 2 years as a scientific assistant, teaching undergraduate students, while she participated in numerous publications in research related to the study of agricultural materials for the restoration of polluted environments. She has also participated in voluntary programs in Greece and abroad, while for the last 10 years she has been working in the field of Civil Society (Greenpeace Hellas, ARCHELON, Mediterranean SOS Network) in the fields of Finding Resources, Managing Volunteer Groups and Organizing Actions. For 5 years she was a field coordinator in National and European Funded projects. Since 2020 she has been working at Kinoniko EKAV, coordinating the Accommodation Structure of Unaccompanied Minors "Nefeli 2" in Penteli and is a member of the Planning and Organization Committee. 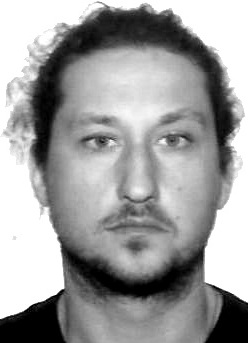 Lefteris Efthymiadis was born in Kavala. He worked for five years in the Greek army, from where he resigned in 2011. In the same year he was admitted to the Department of Social Policy of Panteion University and at the moment he is about to complete the postgraduate program &quot;Social and Solidarity Economy&quot; of EAP. He worked as a carer in shelters for unaccompanied minors and for about two years he was a volunteer for the organization “The Smile of the Child” participating in educational activities for hospitalized children, in the hospitals of Agia Sofia and Aglaia Kyriakou. Since June 2020, he has been working as an assistant coordinator in the accommodation shelter for unaccompanied minors “Nefeli 2”, operated by Kinoniko EKAV. Since February 2021 he has been coordinating the supervised apartments unit of Kinoniko EKAV in Athens and, he is also a member of the Planning and Organization Committee.