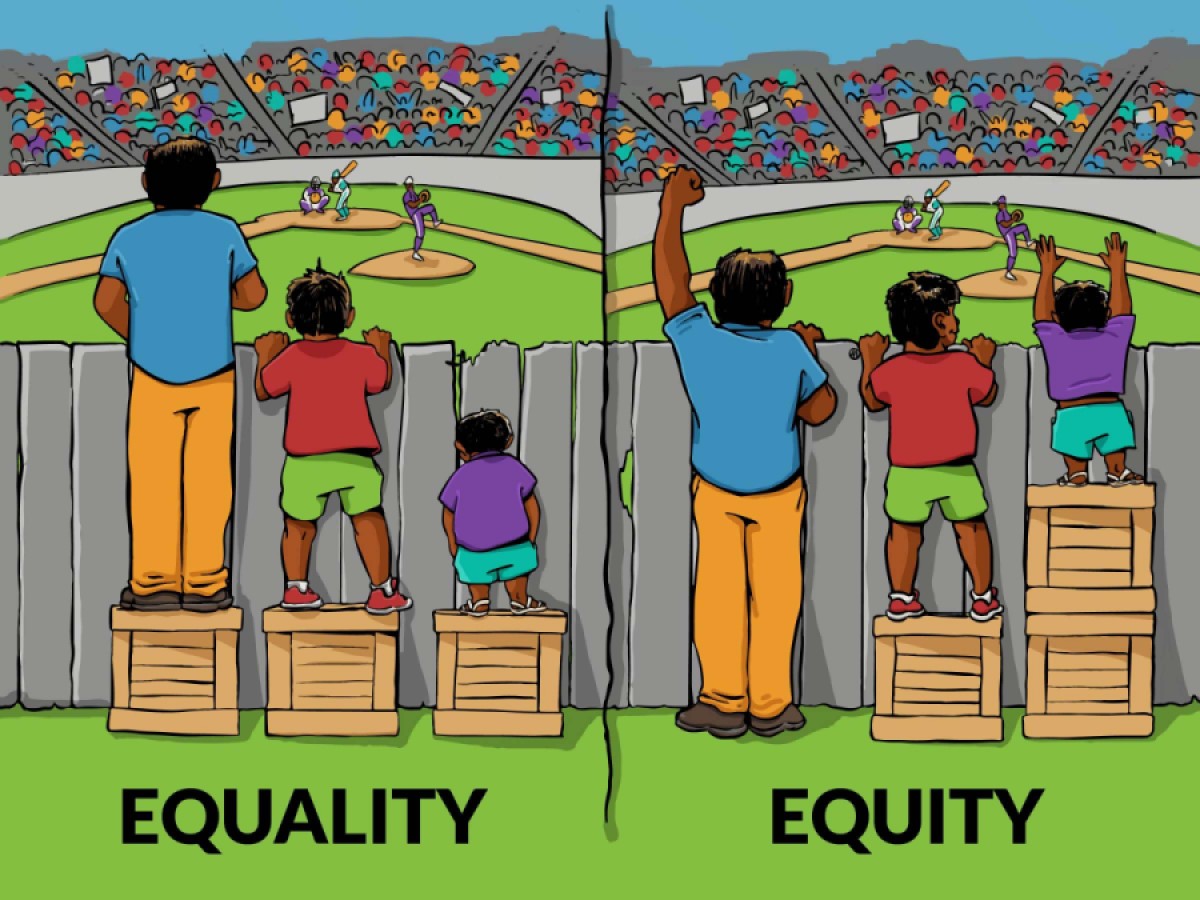 What’s the Difference Between Equity and Equality?

Even if you take the time to search the words equity and equality in the dictionary, you might walk away thinking they mean the same thing. Merriam-Webster defines equitable as “dealing fairly and equally with all concerned,” and equal as “of the same measure, quantity, amount, or number as another.” However, much like systemic and systematic, the two words (and their derivatives) can’t be used interchangeably.

Equality has to do with giving everyone the exact same resources, whereas equity involves distributing resources based on the needs of the recipients. On the left side of the illustration above, for example, three identical boxes are given to three people of different heights—it’s an equal distribution of resources, but it fails to consider that the tallest person doesn’t need a box to see over the fence, while the shortest person could clearly use an extra one. When the boxes are redistributed equitably, as seen on the right side of the illustration, all three spectators can watch the game.

As George Washington University’s Milken Institute School of Public Health explains, recognizing the difference between equality and equity is important in just about every sphere of life: public health, politics, education, racial justice, and more. If each public school in a certain county receives 150 new laptops, that’s technically equal. But it doesn’t factor in that some of those schools might be located in high-income districts where most of the students already have their own laptops. Instead, officials should allocate the devices according to which schools have the greatest need for them—that way, they can minimize the chance that dozens of laptops will end up gathering dust at one school, while another doesn't have enough to go around.