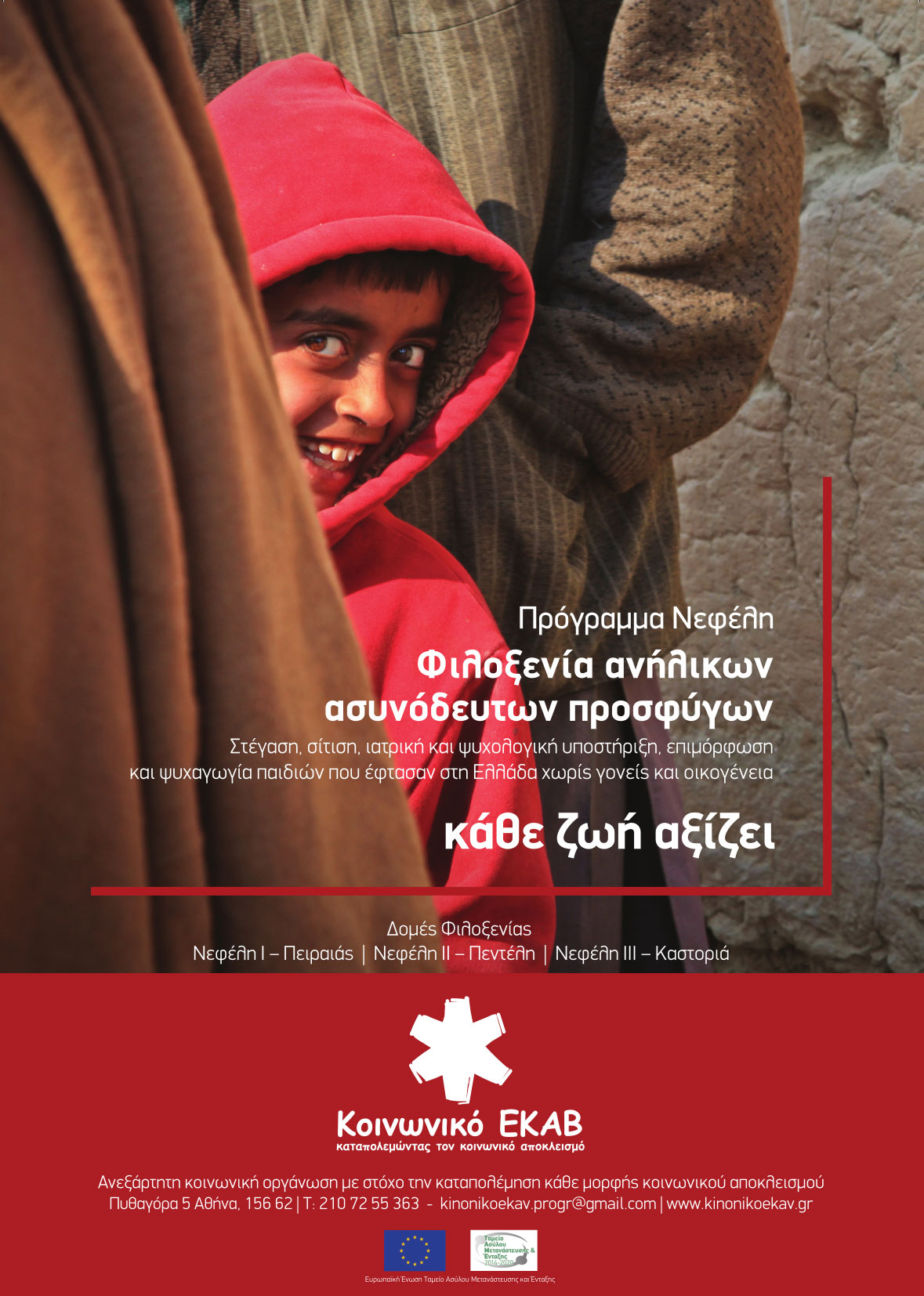 Children without parents, without family

Unaccompanied minors are one of the most vulnerable groups in the refugee population. Children without parents, without family, victims of exploitation, abuse and social exclusion. Studies conducted by international Refugee Management Institutions in all three southern European countries - Spain, Italy and Greece - highlight the issue of unaccompanied minors as one of the darkest sides of the European Union policy.

Since October 2019, Kinoniko EKAV undertook the operation of three Accommodation Shelters for unaccompanied minors, in the framework of the project "Nefeli", which is co-financed by the European Union and the National Program of the Asylum, Immigration and Integration Fund. The project was named "Nefeli" in honor of the mythological Oceanida, goddess of Hospitality and involves the hospitality of boys aged from 12 to 18 years old, who have arrived in Greece without parents and family.

The project "Nefeli" aims at the operation of two Accommodation Shelters for unaccompanied minors in the prefecture of Attica and one in the prefecture of Kastoria Kozani. Within the Shelters housing, food, medical and psychological support, education, and entertainment are provided to 108 children. Also, the main goal of the action is to strengthen the self-confidence and the development of the children's skills, in order to integrate them in the Greek and European reality.

The minors’ Shelters are framed by social workers, psychologists, teachers, interpreters and caregivers. Legal support is also provided for the procedures of reuniting children with their families, living in European territory or any other procedures required to respect their rights.

Through this initiative, Kinoniko EKAV meets its fundamental goal, the fight against social exclusion in all its forms, and wishes to contribute, at its best, to the fulfillment of the country’s humanitarian duty and its international commitments.