Six athletes from the fields of swimming, athletics, canoeing and Taekwondo have been selected for the Refugee Paralympic Team at the Tokyo 2020 Paralympic Games.

The team announced by the International Paralympic Committee (IPC) on Wednesday comprises one woman and five men, who have all excelled in their chosen sports.  Some were injured in war, and others experienced life-changing injuries or medical conditions while living in exile. 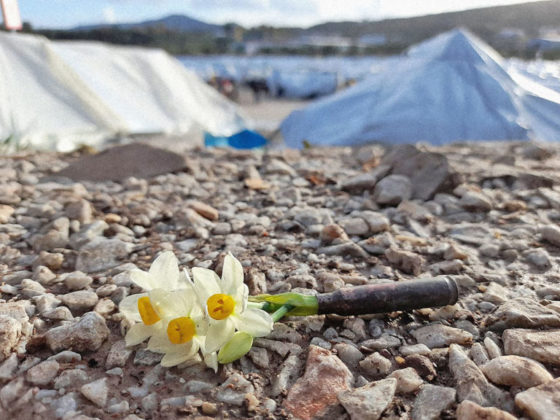 Opening on Friday at Foam Amsterdam is an exhibition of photographs taken by refugees inside the infamous Camp Moria on the Greek island of Lesbos. But the exhibition is far from exclusive, with new venues opening each week. DutchNews.nl finds out why Now You See Me Moria has museums breaking with convention.

Now You See Me Moria, a collection of 446 campaign posters displayed alongside photographs taken by migrants inside Europe’s largest refugee camp, has attracted 33k followers on Instagram and exhibited across Europe. But the Amsterdammer who made it all happen wants only to be known as Naomí. ‘I try to erase myself as much as possible,’ explains the photographer (41) originally from Barcelona.

A freshly installed camp outside the city of Termez counts up to 80 tents.

A tent city has been erected outside the southern Uzbekistan city of Termez, apparently in advance of an anticipated flow of refugees from bordering Afghanistan, large parts of which are currently gripped by fighting between government and Taliban forces, local residents have said.

Termez-based journalist Abror Kurbanmuradov, who on July 3 visited an area near the Hairaton border outpost, the only official crossing from Afghanistan, told Eurasianet that he was not permitted to view the tents, but that officials with the security services confirmed the presence of the camp.